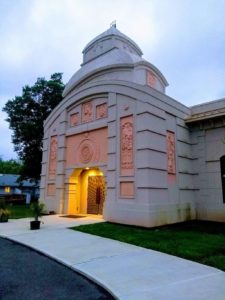 With limited funds but unlimited hope, leading members of the Bengali community in New Jersey got together in 1995 and incorporated Ananda Mandir as a non-profit, tax-exempt organization. Following intensive efforts to locate a property that could accommodate a Temple as well as a Community Center, Ananda Mandir purchased a 7.5 acre property in December, 1997. At that time, the property included a 2800 sq. ft., 6-year old ranch-style building andAnanda Mandir became debt-free in 2001 and began a serious effort to obtain Township permits for a Hindu Temple on the site. We received Construction Permit in November, 2002 – and we celebrated Temple groundbreaking with Bhumi Puja on December 7, 2002 – a historic date in our calendar! Temple construction was completed in 2003. The old ranch-style building then became the residence for our priest and our office/meeting/classroom space.

In 2011 we launched The Campaign for Ananda Mandir with a goal of raising $1 million by the end of 2013. With your generous contributions, this goal ws achieved. The Campaign funds were used primarily for the construction of a new and expanded temple with a classical Bengali temple faÃ§ade and a multi-functional cultural center. This two-year, $4 million+ project was completed in 2015-2016 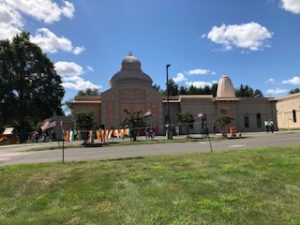 In June 2018, Ananda Mandir Hosted NABC 2018 at Atlantic City, NJ. NABC 2018 was a great success and enjoyed by thousands of Bengalis from all over the USA. Click to view the pictures from the event, and here to view short videos. 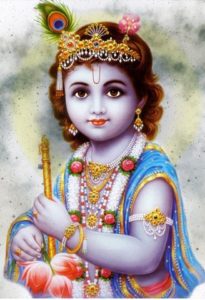 December 2020 – Ananda Mandir recently welcomed three new members to the Board of Trustees:

Our sincere thanks to two BOT members who retired during 2020:

Indrani Dhar &  Suprasad Baidyaroy.  And we extend a warm welcome to Anjan Lahiri as Vice President.